Billy Graham’s Reflection on His Friendship With Queen Elizabeth II 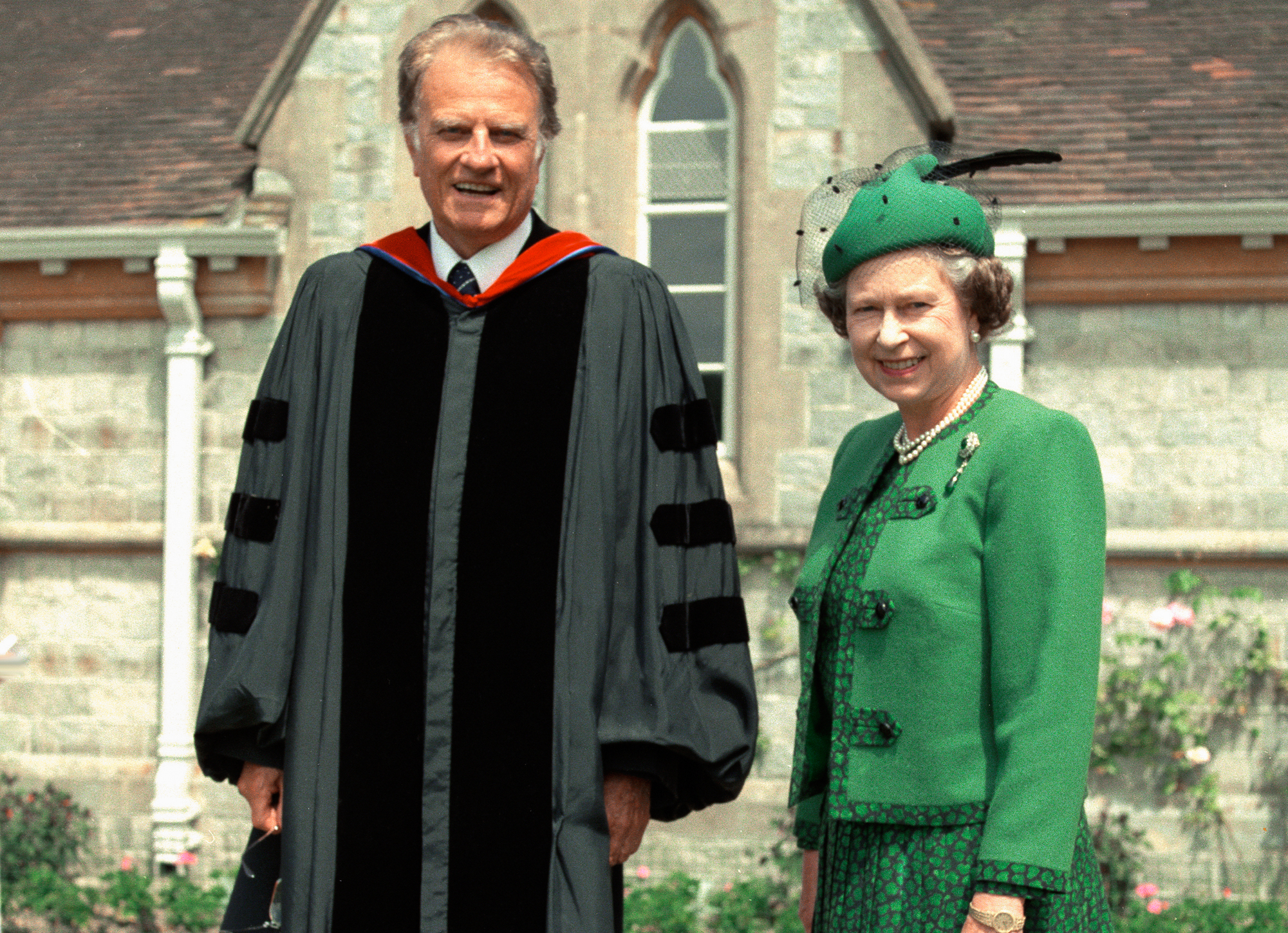 Queen Elizabeth II, the longest serving British monarch in history, died on the 8th of September at 96 years old.

The Billy Graham Evangelistic Association has a long history of ministry in London, and Billy and Ruth Graham visited with the royal family on multiple occasions.

“No one in Britain has been more cordial toward us than Her Majesty Queen Elizabeth II,” Billy Graham wrote in his autobiography, Just As I Am. “Almost every occasion I have been with her has been in a warm, informal setting, such as a luncheon or dinner, either alone or with a few family members or other close friends.”

Below are more memories he shared about the queen in Just As I Am:

Her official position has prevented her from openly endorsing our Crusade meetings. But by welcoming us and having me preach on several occasions to the royal family at Windsor and Sandringham, she has gone out of her way to be quietly supportive of our mission. She is unquestionably one of the best-informed people on world affairs I have ever met. Part of that knowledge comes from the weekly in-depth briefings she is given by the prime minister, of course, but I have always found her highly intelligent and knowledgeable about a wide variety of issues, not just politics.

Once, when visiting the royal family at Sandringham in 1984, Ruth and I walked past a woman wearing an old raincoat, Wellingtons, and a scarf; she was bent over fixing some food for the dogs. We thought at first she was one of the housekeepers, but when she straightened up, we saw it was the Queen!

On one occasion when I was in Great Britain, the Queen was preparing her annual Christmas address to be broadcast on television around the world. To illustrate a point, she wanted to toss a stone into a pond to show how the ripples went out farther and farther. She asked me to come and listen to her practice the speech by the pond and give my impressions, which I did.

I always found her very interested in the Bible and its message. After preaching at Windsor one Sunday, I was sitting next to the Queen at lunch. I told her I had been undecided until the last minute about my choice of sermon and had almost preached on the healing of the crippled man in John 5. Her eyes sparkled and she bubbled over with enthusiasm, as she could do on occasion. “I wish you had!” she exclaimed. “That is my favourite story.”

I believe one reason for the Queen’s spiritual interest was the warm faith of her mother, Her Majesty Queen Elizabeth the Queen Mother. The first time we were with her was at Clarence House, her residence in London. She had invited Ruth and me for coffee, and when we arrived she greeted us warmly and introduced us to Princess Margaret. We were there about an hour, and within five minutes we felt relaxed because they both were so gracious.

The Queen Mother also impressed me with her sensitivity. I recall how nervous I was the first time I preached at Windsor, and afterward we went to the Queen Mother’s lodge for a little reception. I was talking with her and Princess Margaret when we were offered drinks. The Queen Mother saw me hesitate slightly and immediately said, “I think I will have tomato juice.” I said I would have the same. I believe she had sensed that I probably would not take any alcohol and had acted instantly to avoid any discomfort on my part.

But more than anything, the Queen Mother always impressed me with her quiet but firm faith. The last time I preached at Windsor, as I walked in I saw her sitting over to my right, with others in the royal family. She deliberately caught my eye and gestured slightly to let me know she was supporting me and praying for me.

During the eight years of Ronald Reagan’s administration, we saw each other a number of times. I especially appreciated his kindness in inviting Ruth and me to several state dinners for visiting foreign leaders.

On March 3, 1983, we were privileged to accept an invitation to such a dinner in San Francisco. The guests of honour were Britain’s Queen Elizabeth and Prince Philip. In spite of the miserable weather, we had a wonderful time. During the evening, someone was sent to invite us on behalf of the Queen to a reception the next night on board the royal yacht Britannia.

We accepted, and as Ruth and I boarded, a man with several stripes on his uniform sleeve saluted and whispered, “Wembley ’55.” During the course of that evening alone, Ruth and I heard of several others who had made commitments to Christ during our various Crusades in England.

In November of 1985, he invited us again to a state dinner, this one in honour of Prince Charles and Princess Diana. We were greatly disappointed (and somewhat embarrassed since we considered such an invitation a “command performance”) that we were unable to accept the invitation. Again it was due to a long-standing speaking engagement to proclaim the Gospel. I wrote the Queen’s secretary explaining why we had had to decline.